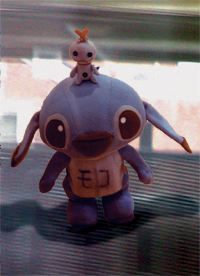 This film documents the 2007 tour of Japan by Per Gisle Galåen (Crazy River), Petter Flaten Eilertsen (Love Hz) and Kai Mikalsen (Kobi). They played 11 shows in 12 days, 10 of which are represented here, including solo, duo and trio performances, as well as collaborations with Japanese musicians in the new bands Dip Apple and Omp Surcle.